Welcome to the
Arizona Billiards Hall of Fame

The Arizona Billiards Hall of Fame was formed in 2019, with the intention of honoring those people who had helped to make Arizona the best pool scene in the country.

Voting for the inaugural Hall of Fame class will take place July 1st – July 31st. From the list of fifteen candidates, the top four vote getters will be inducted.

While you’re here, why not become a member. Your membership allows you to vote on induction, suggest future candidates and participate in the Hall of Fame dinner where these inductees will be honored. Members are also able to participate in our annual Hall of Fame tournament, following the induction dinner. 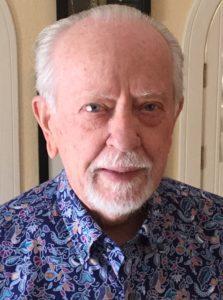 Voting to determine the inaugural class of the Arizona Billiards Hall of Fame is complete, and four people have earned this proud distinction.

Our top vote getter, with nearly 2/3 of the vote, is an Arizona legend. He was playing in World Championships before some of his fellow candidates were even born. He is a six time Arizona State Championship, a two time National 8-Ball Champion and has won titles in 8-ball, 9-ball and straight pool. He has a high straight pool run of 225 balls and has tutored some of the top players in the state.

He is Rodney “Babe” Thompson. Congratulations to Babe for his being voted into the hall. 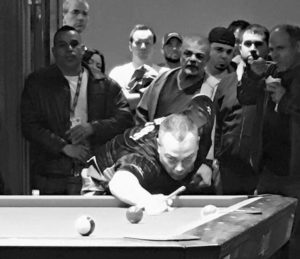 The second inductee is a man who really requires no introduction to anyone inside or outside of Arizona. His name was synonymous with “Arizona Pool” nationwide, even before he opened his beautiful pool room in Tempe.

He is Scott “The Freezer” Frost. Congratulations to Scott for his being voted into the hall alongside Babe Thompson. 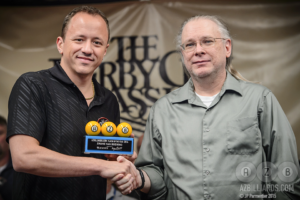 The third inductee is a man who has played competitive pool in Arizona for many years, but his major accomplishments have come from outside the playing arena.

His name is Mike Howerton, and he is the man who created AZBILLIARDS.COM, a news website that focused solely on Arizona pool in the beginning, but gained such a large following that it soon became the go-to site for billiard news from around the world. Mike also originated and operated the Olhausen Arizona All-Around Tour and the Diamond Pool Tour, as well as the first Arizona State BCA Championship held at a Casino in Parker, Az.

Some of Mike’s other contributions to pool include former WPBA Board Member, Current NAPT Board Member, Host of Runout Radio and American Billiard Radio podcasts, Arizona representative for the Billiard Education Foundation (BEF), plus, he is the publisher and editor of the Arizona Billiards & Dart News newspaper. 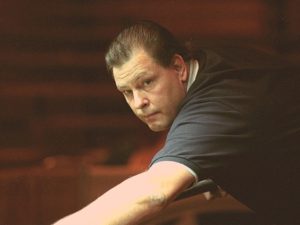 The fourth inductee has represented Arizona on the pro circuit, as well as representing American in one of the most prestigious events in the game, the Mosconi Cup. He was the original “Rocket”. He is Roger Griffis.

Roger was on the winning Team USA in the 1996 Mosconi Cup, scoring wins over Oliver Ortmann and Andy Richardson. He was a regular in top pro events in the early 90’s, competing against and beating all of the top names in the game.

Roger married in 1993 and moved to Texas with his family, where he lived until he passed in 2017 from diabetes complications.

Congratulations in the memory of Roger Griffis for being voted into the hall alongside Babe Thompson, Scott Frost and Mike Howerton. Fans and friends will be able to officially welcome all four of these winners to the hall at Bull Shooters on October 18th, at the Hall of Fame dinner.

The Arizona Billiards Hall of Fame is a 501 (c) (3) non-profit organization and all donations are tax deductible. All member dues will be added to a member’s only tournament on October 19th – 20th. All sponsor monies go toward the Hall of Fame costs and charitable donations. 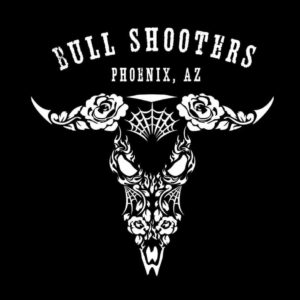 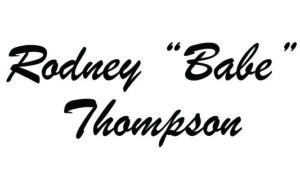 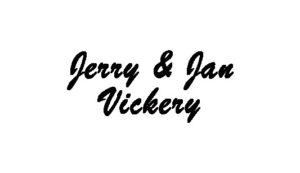